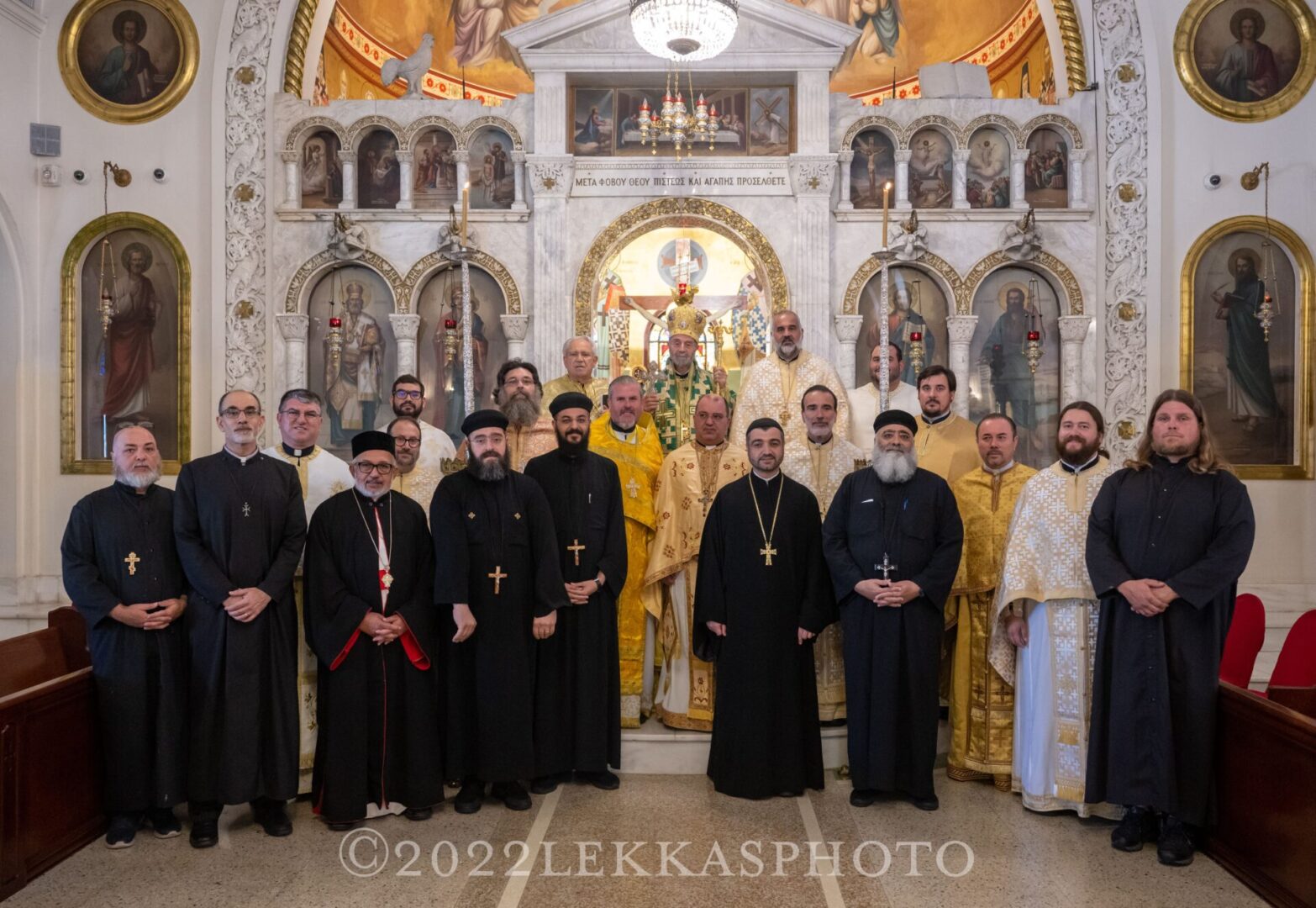 In the past week I have been blessed to participate in two events which were historic. They were historic locally and personally. Mind you, this was not the first time such events have taken place, but it was a first for me and for the Tampa Bay Area. Orthodox Christianity has been in the Tampa Bay Area for more than a century, but it wasn’t until the past week that siblings were brought together from afar.

First a little history. In the 5th Century there was a schism in the Holy Church. Most people don’t talk about it much since the Great Schism of 1054AD normally has greater historical significance. The 5th Century schism was about the understanding of the personhood of Christ. I won’t get into the details in this blog about the theological arguments but suffice it to say for 1500 years both sides insisted they were correct. The two sides are known as the Eastern Orthodox Church and the Oriental Orthodox Church.

In the late 20th Century, we began to discuss seriously the possibility of unification after so many centuries. The current situation is that “their greatest theologians and our greatest theologians” agree we have been speaking about the same thing the whole time. Our schism was a misunderstanding of perspective and terminology. For more than fifty years we have been in dialogue about unification.

Fast forward to last week. On the Feast of Saint Nikitas the Great Martyr, the Pan Orthodox Brotherhood of Tampa Bay held a Divine Liturgy with His Grace Bishop Sevasianos of Zela. The liturgy included about half the Eastern Orthodox Clergy of the Tampa Bay Area. Also in attendance were representatives from the Oriental Orthodox Churches of Tampa Bay.

Brethren, before faith came, we were confined under the law, kept under restraint until faith should be revealed. So that the law was our custodian until Christ came, that we might be justified by faith. But now that faith has come, we are no longer under a custodian; for in Christ Jesus you are all sons of God, through faith. For as many of you as were baptized into Christ have put on Christ. There is neither Jew nor Greek, there is neither slave nor free, there is neither male nor female; for you are all one in Christ Jesus. And if you are Christ’s, then you are Abraham’s offspring, heirs according to promise. I mean that the heir, as long as he is a child, is no better than a slave, though he is the owner of all the estate; but he is under guardians and trustees until the date set by the father. So with us; when we were children, we were slaves to the elemental spirits of the universe. But when the time had fully come, God sent forth his Son, born of a woman, born under the law, to redeem those who were under the law, so that we might receive adoption as sons.

Saint Paul writes today about our situation as adopted children of God. In a world filled with so much division, it should be our constant prayer and goal that siblings be reunited. The schisms of the Church are a scandal to the world. This is especially true when our theology is the same.

I don’t pretend to think that our local Tampa Bay Area events of the past week have somehow healed 1500 years of estrangement. I do believe the time has fully come for us to come together in spirit and truth as siblings of God. Someday soon I pray we will share the Holy Chalice and return to full communion. It was the case for more than 400 years and it can be the case again.

Several years ago I preached a sermon about the situation. Here is that sermon.